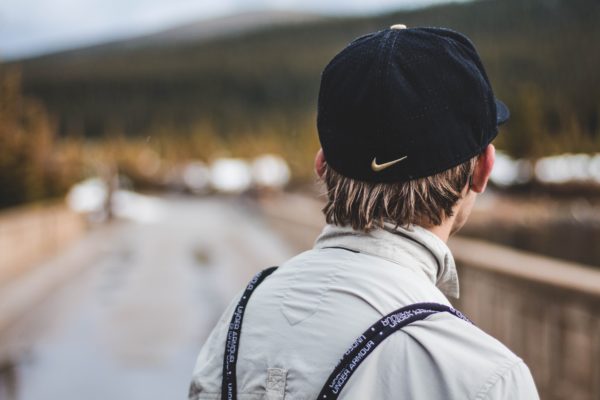 I read an article this week that said millennials have higher emotional intelligence than others, that is, they have the ability to read others better than most (HRmagazine.co.uk). I was a little shocked by this article and was researching to support their findings and was unable to find any, or even how they were defining emotional intelligence. Some were skeptical of this and actually felt the opposite was true, that millennials do not have as much emotional intelligence as others. That they are not as open or empathetic as other generations. Yet, there is some truth to the fact that they have been brought up in more a team-oriented environment throughout their education and, as a result, they may know how to function in a team better. However, working in teams does not equate to improved emotional intelligence.

I spent some time searching for research on the topic through the local university and would have to say that there is not much in the research area to really support or disprove millennials having greater emotional intelligence. I did, however, have the privilege to talk with Dr. Jack Chisum and Glenn Brown at their motivation interviewing lab. It is an amazing lab that has the ability to not only read the emotions of the face, but also in the voice and the physiological responses by the people in their lab. (https://asunow.asu.edu/20160719-solutions-emotion-reading-software-better-health-care)

They are working on providing better health care by helping patients identify their emotional responses to what doctors say and also to identify their own thoughts about their health. They can follow a discussion between a patient and a doctor and pinpoint the moment a patient’s emotions jumped and which emotion was most strongly felt.   In this work, Dr. Chisum noted that an unanticipated finding in his research was that people under the age of 25 have a difficult time dealing with the emotional expressions made by people older than themselves. That is to say, when someone older than them expresses strong emotion, they didn’t know how to deal with it and it caused a strong counter emotional response in them.

While he said further research would be needed to explore the reasons for this, it was important to note that this emotional response does occur, and if people are working with the younger generation, they may want to be aware of how much emotion they are expressing good or bad. An emotional hijack will lead to a reduction in performance because the logic center becomes disengaged.

So what does this mean to you?   Be aware of your own state before talking to someone under the age of 25. Be aware of the state of others as well, but more importantly be aware of the affect your state has on others, especially those under 25. The more you can do to put the person at ease when you meet with them, be it feedback about work done, or an annual review, or a potential conflict that has been occurring, the more likely you will be to engage and reach a productive outcome. In the case of the doctors, Dr. Chisum said it is good to lead with a positive or neutral conversation, like ‘How was the weather on the way to work’, or ‘so great to see you today’, ‘I can tell you take pride in …’.

Dr. Chisum also suggested you lead with their ideal image of what they hope to have happen. Where would they like to be or what would they like to see if the conflict was resolved? What would that look like to them? This line of discussion can then lead to a response such as, ‘That is great, so what do you think the next steps are for you to make that happen’? ‘If you made progress, what would short-term success look like that you would feel good about’?

So what do you do if you don’t have the great technology in the lab? There are other ways to get to know millennials such as using a DISC-based assessment to understand potential emotional triggers which are amplified by their age. This will help you understand how to adjust your communication and reduce emotional triggers before they happen.

In a recent Inc. article, Management Consultant Steve Tobak argued that employee engagement is NOT important to business. He called it the management fad of the millennium which made our team at Viatech Global cringe.

Employee engagement is one of the most important parts of your business.

As an established business you have developed the majority of your products and services. While there are changes, the overall strategy, mission, vision and values have been established and implemented. Now you’re handling internal and external customers, employees and managers.

Employees who are not engaged tell bad stories about your company

Appealing, like Steve did in his article, to the bottom line orientation may appeal to some companies in some situations. The reality is that companies seeking long term success and growth perform differently as proven in Good to Great and Firms of Endearment. Take a look at the relationship between employee turnover and stock prices. In almost all cases the companies with lower turnover have higher stock prices AND they receive better customer ratings.

Even bottom line thinkers understand the cost of hiring and training new employees – or they should. It costs $3500 to hire and train an employee who makes $8 per hour. Over time these costs add up and can be avoided by creating a workplace culture than engages and retains employees.

Over time companies will experience three types of thinking and organizational culture – traditional, practical and intrinsic. Each experience helps a business learn and grow.

Traditional is the old system approach fathered by Fredrick Taylor. Everyone is seen as a cog in a wheel and people are replaceable parts. This philosophy is dated in some respects while in another it creates great efficiencies within organizations. The problem is when this is the only focus of a business. People will leave because they want to be valued.

The practical view is to look at people and their skills and experience in terms of how they can contribute to the success of the organization. There is a focus on results and processes and an attempt to have the right people in the right place for the highest productivity. This, like the traditional approach, still leaves out the passion for why people do what they do.

The intrinsic view is to not only have the right people in the right places within the organization. This approach recognizes that people will do what they do for their own reasons. Communicating the mission, vision and values of the organization creates passion. The passion is translated into increased productivity and high level customer care. The employee is no longer just a cog in a wheel; they understand how their role impacts the larger organization. That is powerful to the bottom line!

Ever go to a social event and meet a person who just would not stop talking about themselves? You ask a friend about their vacation and before they get two sentences out this other person interrupts with their story of visiting that same place. Every time your friend tries to continue, the other guy interrupts with a bigger, better adventure. Or after asking you what you do for a living he goes on and on about his accomplishments with no prompting inquiry from you. Dominating the conversation, you’re stuck standing there nodding your head and mumbling “uh-huh” over and over. Bored to tears, you’re trying to figure out how to escape.

Does that person resemble you? In networking environments there is always the pressure to get your message out, but is that effective?  Only if by chance you randomly hit exactly on a pain point of the person you are conversing with. Otherwise you’ve been saddled with the description of a boor and have incentivized them to get away from you quickly. I’ve experienced that and been guilty of it.

As a very talkative person with strong convictions I must be very aware when I am dominating the conversation in not necessarily a good way. What I do now is ask questions; find out about them, their family, how long in the area, who do they work for, what is their position/department, use questions to show their potential as a prospect or influencer.  I’m looking for the potential of them being interested in what I have to offer.

Usually, once they have slowed down, they get around to asking me about me. Hopefully I’ve discovered enough to customize my delivery in a way that relates to something I’ve learned during my questioning phase. My goal is to use a related story about something we have done that relates to them. Once the conversation gets around to me, I usually dominate it. I’ll quite often get “Wow, I’ve experienced that same thing,” that opens additional conversation about potential solutions and away we go.

How do you handle networking conversations?  What techniques have you found helpful? 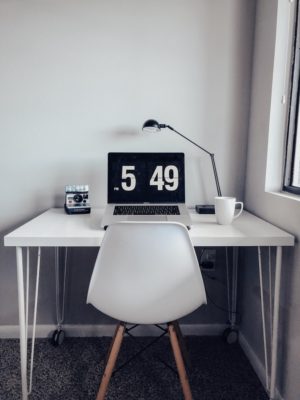 The last time you started a job you may have felt that your new boss said, “ You’re Hired. Now Figure Things Out.” That’s not far from the truth about how most American companies operate. You are hired to quite literally fill a position, a desk, in a box on an organizational chart. If they could find a monkey or automate the work, you would not even be needed to fill that space. At Valve Software, the organization chart in the employee handbook is a dig at traditional organizations.

Most of the employee handbook is a dig at most other businesses and that’s the way Valve likes to operate. They can pretty much do what they want because they are not bound to lenders or people who own their ideas. The business is fully self-­funded and Valve owns the ideas and patents for their gaming software unlike anyone else in the gaming and software development field – and that’s not all that makes them innovators in American business.

Hold on to your seats: Valve wants their employees to be innovators who are thinking about where they can best serve the organization.

That’s right. Valve hires free-thinking innovators and creates an environment in which they can flourish. Why your desk has wheels is because the team at Valve wants their employees to be thinking about their next move within the company.

Where can YOU best serve the organization? When were you EVER asked that in corporate America? You have more than likely never been asked unless you have worked at Valve.

Team members of Valve actually move their desks to be closer to the teammates with whom they are working. There are maps not only of where each person should be; there are maps of where each team member is currently located. Pretty amazing and shockingly logical: Allowing employees to make decisions about their work and schedule creates and maintains an environment where employees are highly productive.

Here’s the catch – Companies like Valve have a specifically non­-corporate environment and not everyone is going to flourish in this culture. How to identify prospective employees who fit the corporate culture is one of the ways  Viatech Global can help your business grow. Our value science tools help employers identify, engage and retain employees. We want your business to gain the greatest value from your biggest asset – your employees!

Our mission has always been to provide gold-standard customer service and accurate, cutting-edge assessments and training.