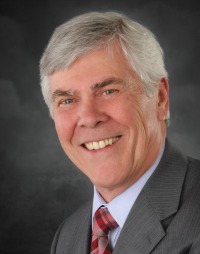 Learn how Viatech can reduce your turnover, increase quality hires, and gain competitive advantage to increase your bottom line!

Michael Bouton, Co-Founder, CEO Certified Behavior Analyst and Axiologist
Michael Bouton has over 20 years in assessment consulting for selection and training/development. As an entrepreneur, Michael started a successful electronics manufacturing company where he gained his first patent covering optical liquid level sensors. As he was transitioning from one venture to another, he was exposed to his first assessment, DISC. Through that exposure, coupled with additional assessments, Michael made the discovery that during his entrepreneurial years he was most definitely part of the problem. That realization launched Michael along the path of discovering how intelligent assessment tools could enhance not only productivity but engagement and satisfaction for employees.

Certified in DISC Styles Analysis, Values (Motivations) Analysis, and Value Science (Hartman Value Profile), Michael brings together the most powerful toolbox for understanding and maximizing the inner strengths of individuals and teams.

Using value science, Michael’s team can, from a pool of technically capable applicants, rank the most likely candidates from a fit, performance and likely retention perspective. In the health industry, applying these exclusive tools and processes have helped a 27,000 personnel health organization save over $42,000,000 per year in hiring and retention expense.

For the past 10 years, Michael and his team have developed assessments, team building workshops and selection services that are delivered worldwide through a network of trained facilitators and coaches. Most recently, Michael was a member of a team that developed the JUDGMENTcompass series of reports based on Robert S. Hartman’s formal axiology. The goal of that effort was to produce the premier HVP product available anywhere in the world. The majority of Michael’s clients are Fortune 500 multinational companies.

During his long career Michael has written on the use of assessments, including an article on using psychometric tools to help make the right hire published in The Journal of Medical Practice Management November/December 2011 issue and a chapter in the book Engagement, Retention & Growth titled “Taking Tuckman’s 4 stages of team Development from 6 Months to One Day”